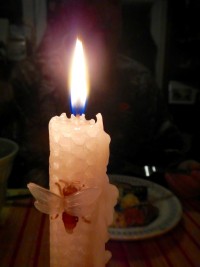 John’s family moved to Kingsport when he was a teenager.​ He graduated from Dobyns-Bennett High School and attended East Tennesse  State University for two years before enlisting in the U.S.​ Army.​ After completing his military service, John was hired by Dollar’s Worth Grocery to stock merchandise.​ He enjoyed working in various positions at the store, and eventually became store manager.​ He retired three years ago.

John was an active member of Elm Grove Baptist Church, where he enjoyed singing in the choir, helping cook and serve the the monthly community breakfast, and teaching a Sunday school class.

John enjoyed fishing and gardening, but the greatest joy of his life was his family.

He was preceded in death by his parents, Jack and Alice Bean; sister, Inez Bean Hartgrove; and brother-in-law, Leon Hartgrove.

The family wishes to  express their heartfelt appreciation to Tender Care Hospice for their loving care of John and their compassion for the family.

Memorial contributions may be made to the charity of one’s choice.

The family will hold a private graveside service with Rev.​ Archer McNeal officiating. 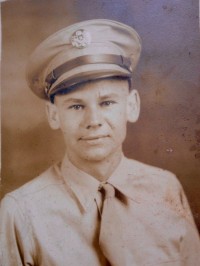 He was born in 1924, at the home of his parents, Worley and Addie Lane.  He was one of the Greatest Generation, having been born during the Roaring Twenties, coming of age during the Great Depression, and becoming a man on the battlefields of World War II.

An active boy, he played football and baseball. His friends called him Squirt, and he lived with this moniker the rest of his life. When Squirt was six years old, his sister, Dorothy Lee, joined the family.

He enjoyed radio programs of the day: Gangbusters, Fibber McGee and Molly, and westerns. He loved the Big Band sound; his favorite number was Moonlight Serenade by the Glenn Miller Orchestra.​ As for baseball, it was the New York Giants-until they became the San Francisco Giants.

Drafted by the army, he reported to Fort McClellan, Ala., on July 1, 1943.​ After basic training he was shipped to the European theater.​ Harold served in the 29th Infantry  Division and stormed Omaha Beach on June 6, 1944.​ Later, he survived the Battle of the Bulge.​ He was awarded a Bronze Star and other medals.

After the war, he returned to Kingsport and began working in the grocery business.​

Though he never married, Harold enjoyed spoiling his three nieces, and he was "Uncle Squirt" to them, when they were small.

Harold was preceded in death by his parents, Mr.​ and Mrs.​ W.​ R.​ Lane; and infant brother, Earl.